Career In Civil Services: All you need to know. 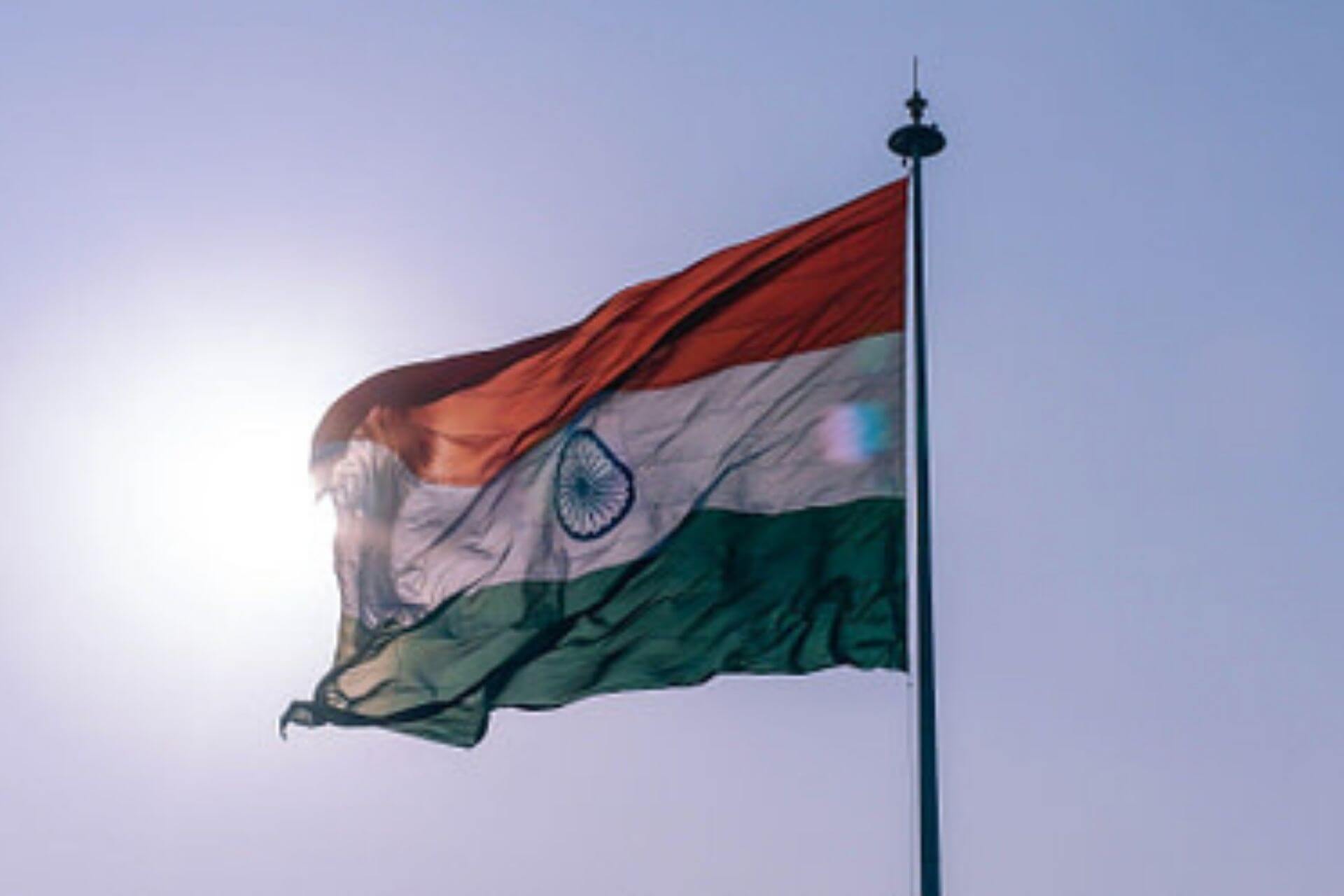 The Civil Services Exams (CSE), the most prestigious exams in India is conducted by the Union Public Service Commission (UPSC). It is also popularly known as UPSC exams. These exams are conducted to select candidates who shall assume the 24 civil services in India. The selects to these services constitute the class of career bureaucrats. Civil Services is a dream of many. Even though it’s the toughest exam in the country, it is one of the most sought out careers  by Indians. Being selected to one of the services is an honor in its own. This career choice is one of the most respectable and looked up to profession in India.

Why do we call UPSC as the dream careers of many and one the toughest too? In 2019, around 8 lakh candidates appeared to write the exam (the number of students who applied in more than 12 lakh). About 12,000 cleared the prelims and about 2300 students cleared the Mains and were called for Personality interview. The pass percentage is about 0.2%.

But don’t worry, a good amount of preparation for about 1-2 years and a planned strategy will help you become a part of the 0.2%. Read this article if you want to know the procedure of UPSC exams and how to go about it.

Civil Servants are government employees. Since colonial times, bureaucrats enjoy prestige, respect and power. Civil services and Military services are considered a very pure service of the nation where nation comes first, everything else is secondary. Civil servants are the people who run the administrative machinery. They implement the government and the developmental policies, they hold immense power and are highly respected for what they do. They keep the law and order of India in place and are also highly paid for their services, provided with bunglows of their own with caretakers and other services so that they can lead a luxurious life.So,until we have a democratic India, the scope of civil services will never end.

Civil service, when you hear this word, a sense of patriotism and respect automatically comes within your heart. If you are aspiring to pursue it, do not let this feeling fade away in you.

CIVIL SERVICES AS A CAREER

Here, we shall discuss in detail who is eligible to pursue civil services
Eligibility Criteria for UPSC Aspirants

An individual should pursue the UPSC Examination if he/she fulfils the following criterias.

The candidate appearing for the exam should be:

Once you have registered, appearing to write an exam of the prelims is considered as an attempt, but failing to appear is not an attempt.

Procedure to go about UPSC

To pursue Civil Services, you have to write the UPSC Examination. As discussed earlier, you must have cleared your 12th exams in any subject of your choice and possess a bachelor’s degree in any field.

Pro-tip: It is great to be optimistic, but its good to be practical as well. Not everybody who applies for UPSC becomes a civil servant. If you wish to pursue Civil Services as your first career and have started preparing after 12th, so always have a backup option, a Plan B. Hence, it is advisable to pursue your bachelor’s degree in the field of your Plan B. However, a lot of people take Humanities as their choice of stream because is has subjects like History, Political Science, Sociology, etc. as the UPSC Exams are inclined towards these subjects. So, choose what is best for you wisely.

So, after the age of 21, and you are eligible to write the exam, you have register for the exam on the online portal (www.upsconline.nic.in). You have three weeks to apply. All the details you need to know are mentioned on this portal.

The Civil Services Exams are conducted in three phases annually.

The Prelims consists of 2 papers:

Note: A qualifying paper is the one where it will not be graded for eligibility in Mains Examination and the candidate has to get 33% to qualify (i.e. if you get 66 marks or 199 marks, there is not difference. You just need to get 66 marks to qualify for Mains).

Mains
You must clear your prelims (both the papers) to qualify for Mains. Once you have qualified, your prelims scores do not matter. In the Mains, there are a total of 9 papers out of which 2 are qualifying papers. Both are for 300 marks each and to qualify, you have scored a minimum of 25% (i.e. 75/300 marks). They are: The next 5 papers are General Studies papers, with different subjects in each of them. They are:           There are two optional papers which are Paper 6 and Paper 7. This is of importance because it consists of 2 papers and carries 500 marks. Hence, you will have to choose one subject from the list of optional subjects and write 2 papers for it.

Those to qualify Mains have a Personal Panel Interview or the Personality Test in Delhi at the expense of the Government. The interview has a weightage of 275 marks. There are no qualifying marks for this round. After the interview, your scores from Mains (except qualifying papers) and interview are totaled, and your rank is decided.

The purpose of the interview is not to check your subject knowledge (which is checked earlier in the exams) but to determine by a series of natural and purposeful questions if you are fit for the civil services job. A group of unbiased and qualified individuals who analyze your personality, your qualities and traits, your logical and reasoning capacity, mental alertness, judgement, biasness, knowledge of what is happening around you, national and international affairs, integrity, socialness, and a lot more.

The interview is not like any normal interview. It is one of the toughest to crack. Hence a good amount of preparation and commitment is required. After the interview, you are ranked based on your total score and based on your rank, you are given the service you could join.

Time required: It typically takes a minimum of 2 years of preparation to write one attempt of the UPSC exams, one year before the prelims and one years after for the Mains and Personal Interview.

Almost all the candidates who appear for the interview are called upon for a medical examination where they check if the individual is physically and mentally fit, and their degree of fitness also plays a role in determining their service. So after the Personality test, UPSC allots a particular slot on a day to every candidate in an allotted hospital. There are a few medical prerequisites to be finally selected. Also, there are two types of services: technical and non-technical. For technical services, candidates require a to possess special medical status in terms of vision, chest, chest expansion, etc. Make sure you possess or build on the following prerequisites to qualify.

The civil services exam at a glance: 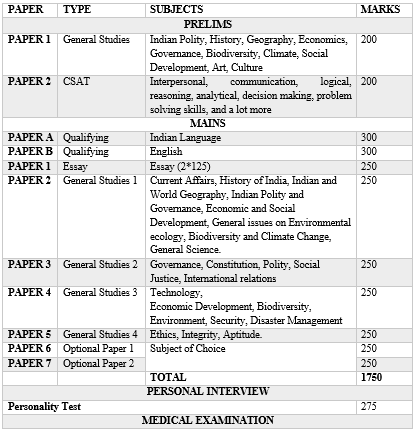 There are 25 posts in the civil services. Depending upon the performance of a candidate in the exams, he/she is assigned a post. Below are the services:

This is the highest form and level of civil services. The top scorers in the Mains and Medical test are appointed for these services.

This is the most popular service amongst aspirants and goal of almost everyone. IAS is the permanent arm of the Indian Government. The training for IAS officers is conducted in LBSNAA, Mussoorie. IAS officers are responsible for implementing the policies framed by the government.

An Indian Forest Services Officer can be assigned to work at Central or State levels. They also get an opportunity to work at various food and agricultural organizations. At the Central level, they highest designation is Director General of Forests while at the State level, it is Principal Chief Conservator of Forests. IFS Cadre comes under the Ministry of Environment Forest and Climate Change

Also known as Central Services, are concerned with the administration of the Union Government. Appointments to these services are made by the President. In armed forces, the Commissioned offiers (like Captain, Major) are Group A officers.

Also known as State services, concerned with he administration of the State Governments. They are appointed by authorities specified by a general or special order of the President. In the armed forces, the junior commissioned officers (Subedars) are Group B officers.

THINGS TO KEEP IN MIND

When you are taking UPSC, it is implicit that you should have a good knowledge of what’s happening around, and have mind-blowing general knowledge, because these topics are a part of your exams

Civil services exams are the most difficult exams to crack and to clear your exam, you need good preparation and the required skills. Start early to build them. Few of them include:

UPSC is one of the most prestigious and respected career options in India, but at the same time, it requires a lot of hard work and dedication to clear it as the pass percentage is 0.2% approx.. The key is, first figure out how to go about UPSC, then dedicate yourself entirely to its preparation. Keep yourself updated of the current affairs and build on the skills you would require to clear it. If you would have read this article, you would know these aspects in detail.

So, for a bright career in the respective field, practice, learn and adapt yourself to what the future demands. Hence keep learning, keep executing, and keep growing.

Also Read: What to do after Graduation?